by Allison Nazarian | Just for fun, Unsolicited Advice from Allison 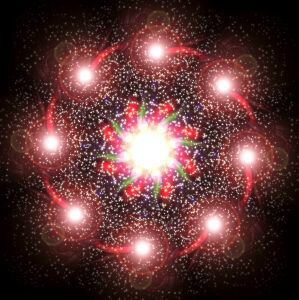 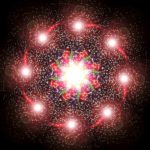 Apparently, Mercury is in Retrograde.

So says lots of folks when explaining why things are messed up or weird or chaotic or in some way “off” from the norm. It sounds like a great reason. I mean, don’t we all want to explain away, using some not-under-our-control  reason, why we cannot control every single thing in our lives?

I admit to using this excuse myself once or twice but truth be told, I had NO idea what it meant or how a planet I will never see nor visit affects the day-to-day stuff of my life. Heck, I don’t think I really even knew what the word “retrograde” even means.

I was taking out of my behind, but it sure is nice to have an excuse sometimes.

So, last night I decided to start right there. Even if I don’t subscribe to a particular area of thought, I want to know whatever I can know about it.  I looked up the word “retrograde” on dictionary.com and here is what I found:

Makes sense, right? Stuff is backwards, moving in the wrong direction, the opposite of what it “should” be. Off.

But, I wondered, why Mercury? What is so important about Mercury?

So I Googled this pressing issue as well.

And here is what I found:

In general, Mercury rules thinking and perception, processing and disseminating information and all means of communication, commerce, education and transportation. By extension, Mercury rules people who work in these areas, especially those who work with their minds or their wits: writers and orators, consultants, commentators and critics, gossips and spin doctors, salespeople, teachers, travellers, tricksters and thieves….Mercury retrograde gives rise to personal misunderstandings; flawed, disrupted, or delayed communications, negotiations and trade; glitches and breakdowns with phones, computers, cars, buses, and trains. And all of these problems usually arise because some crucial piece of information, or component, has gone astray or awry. It is not exactly wise to make important decisions while Mercury is retrograde, since it is likely that such decisions will be clouded by misinformation, poor communication and careless thinking…when Mercury is retrograde [our] intellectual characteristics tend to be less acute than usual, as the critical faculties are dimmed.

I, of course, enjoyed the bit in which writers and consultants are grouped together with tricksters and thieves. That aside, we all have ups and downs, ebbs and flows. Such is life. Often, those times of seeming inactivity or weird stuff are actually the best times for regrouping for a more powerful moving forward. I know that when I try to power through these periods, thinking I am stronger or know more than whatever other forces exist, I am more often than not put right back in my place quite forcefully.

Whether you follow or believe in astrology or not, there are some great lessons here for all of us:

And with that, have a wonderful weekend and Respect the Retro!