When A Bad Habit Dies 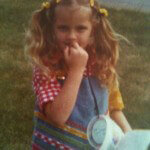 In other words, that thing you started and said you’d stop or change after a day or week or two…eventually it becomes part of every day or every hour even and before you know it, it is part of your life. Your ways. You.

And if you didn’t like it or seek it out or hope for it in the beginning, chances are you like it even less now. Maybe you feel you are stuck with it. Or it causes you stress or angst. Or you want to find the magic way to just get rid of it.

A bad habit is not unlike an addiction. If it isn’t serving you, it is an addiction. I’m not referring to your daily exercise habit or your weekly visit to the senior center here. I am talking about the other stuff. The stuff you say you will address “later” or maybe as a New Year’s Resolution or perhaps not until someone else confronts you about it.

I recently heard something along the lines of: “The person with the bad habit has to die in order for the habit to die.” (Another Buddhist gem, by the way.)

Let me give you an example: For my entire life, I bit my nails. See the picture at the beginning of this post? That is me, 4 or 5 years old, and see what I am doing? Biting my nails. Well-meaning people always tried to “help” me figure out how or why it started: Maybe because I saw my dad biting his nails, maybe I was a nervous person, maybe it was my way of self-soothing and it calmed me down, and on and on.

The truth is I had no clue why I bit my nails. To this day, I don’t know why I did it. And, really, the “why” probably wasn’t all that important 10 then 20 then 30(+) years later. What was most important was that the downside outweighed anything else:

–> It looked nasty (my nails were disgusting, I would hide them in conversation or interviews)

Sure, I tried to stop. I used those nasty polishes that promise to do the trick. (They didn’t, for me.) I bribed myself with pretty polish colors and long (fake) acrylic nails. (Too high-maintenance and unnatural for me – didn’t last.) The Rubber-Band Method (Snapping a rubber  band against my wrist every time I caught myself biting — just weird). And so on. I’d stop, sometimes, even for months at a time, but I always went back to it. It hurt, not just emotionally, but physically too. It bled sometimes. I’d bite so far down that the place where the nail should be throbbed in pain.

At the supermarket checkout, I’d see the cashier looking at my sorry-ass nails as I signed the credit card slip. The one person I ever met whose nails were worse than mine told me that both of our hands looked like “science experiments.” My daughter wondered why we couldn’t make an appointment for a Mother-Daughter manicure.

It sucked and I was unable to change.

Earlier this year, I made some radical changes in my diet. For reasons far too many and detailed for this post (I will write that entire story someday), I eliminated from my diet — from my life — most everything that I had previously seen as a source of energy, happiness, excitement or satisfaction. Unlike diets I may have tried in the past that gave me excuses to cheat or work around them, I went cold turkey with addictions to substances like grains/wheat, sugar and caffeine.

I didn’t relapse but I did lament.  It was hard as hell, especially in the beginning. I had to have faith that the gratification I sought would come. I had to let go of my wish or expectation for instant change or results.I had to let go of the Old Me that sought out those things to “fix” or ease or make better me or my emotions or a situation I was in. I had to start finding those things within and not on a plate or in a mug.

And somewhere along the way on that road that has both kicked my ass and enlightened my life, I stopped.

I stopped biting my nails. Entirely. Totally. Automatically. Permanently. Without internal discussion, without trying to figure out the source of why I did this, without nasty polishes, without struggle.

Things had changed. So that after 30+ years of trying to stop, I actually could and did stop.

Today, I have to cut my nails regularly because they keep getting so long. Cut. My. Nails. Me!

Are you willing to share your bad habit that won’t die?