When Nice Is Too Nice 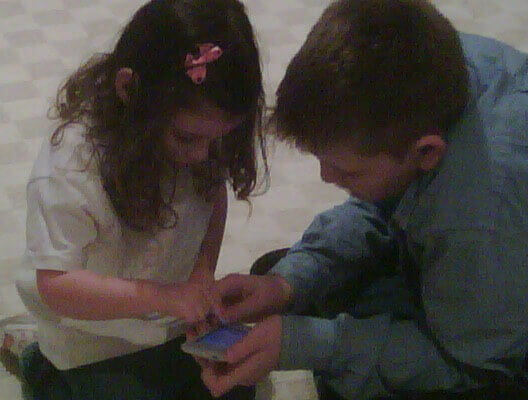 One of the questions I’ve been thinking about lately is this one: Is there such a thing as being too nice?

For those of you with little patience and/or who want to know the answer right away here it is:

Yes, there is such a thing as being too nice.

I know because I have been too nice. Hell, I am still too nice.

And “too nice” is not a compliment or something I am boasting about, by the way.

I actually started thinking about this question a few weeks ago when George Steinbrenner died. Steinbrenner was the longtime, never-a-dull moment, love-him-or-hate-him owner of the New York Yankees baseball team.

I’m not a terribly big baseball fan. I don’t care one way or the other about the Yankees. And I have no emotional connection to Steinbrenner or the organization.

I did take the opportunity to stir up some trouble and text a friend, a diehard Mets’ fan (for those of you who don’t know, the Mets and the Yankees are arch rivals), with a “RIP Steinbrenner” message.

His reply to me:

Wow, I thought. Harsh! (As my Dad always jokingly asks: “Should we put him in the ‘Undecided’ Column?”)

Sure, he is entitled to his opinion. And I totally understand sports rivalries. I have passion for my football team, and I don’t wish rivals well.

But I couldn’t see myself saying that about someone simply because they weren’t the nicest or I didn’t like how they conducted business.

And that’s the thing: The guy was a true giant of sports and of business. He was known for turning his team into on of the top franchises in all of professional sports. He was also known for doing it without caring much about what “everyone else” thought of him.

If we are constantly worrying about everyone liking us and scared of shaking the cages, how on earth will we ever have the time or brain power to actually do great things?

And speaking of great things, isn’t that what some people really hate? That he did so well? Great things are not always embraced or welcomed by all. Great things do not make best friends and raving fans of everyone. So of course his rivals and their fans “hated” him – he was the best at what he did, which was basically ensuring that it would be that-much-harder for any other team to be the best.

Let’s face it: If Steinbrenner had been a failure, a guy with not much to say, a guy who knew nothing about business, a guy unable to create the most successful baseball franchise of all time, then would anyone hate him?

They’d probably feel sorry for him and figure out the best way to get rid of him.  Whiners, under-achievers, lame-os – they don’t generally make it in business in any long-term sense. (Or in baseball for that matter.)

In the early days of my business, I allowed much – too much — in the name of being nice, in the name of not having someone think I was a b*tch. (By the way, we women seem to have this problem more than men. We fear the b*tch term, whereas a man would be called smart or shrewd, we are called b*tches and can be criticized for doing business in ways that would be lauded in men. But I digress.)

And even before I had a business, I cared a lot about being nice. Or having people think I am nice. To this day, I over-do things to ensure that I am perceived as nice. And as I write this, I’m seeing just how much I busy myself, at times, with being nice instead of with being productive or focused.

Don’t get me wrong: Being kind, being respectful, treating others as you wish to be treated and respecting karma are all crucial parts of being a good and successful person in the world.

I simply will not be friends with, do business with or, as much as I can possibly help it, have any association with people who are not nice. Maybe that sounds silly or immature, but I don’t care. That’s a non-negotiable.

Again: Being. Nice. Is. Crucial.

Now that said, being nice can also be a distraction.

Being nice can be an excuse.

Yep, being nice can be a crock of sh*t sometimes.

Can you be wildly successful (whatever success means to you, be it rich, famous, #1 or whatever) AND nice?

Can you be wildly successful if being nice is your #1 priority?

I don’t think so. (Feel free to prove me wrong…I’m all ears.)

I’ve been in all sorts of situations in which I have not been treated nicely. From the garden-variety ignorant rude people who actually may not have known better (not an excuse) to the business partner who cheated me —to lots of not-so-nice people in-between, I’ve seen and experienced them all.

“But how could he/she do that/say that/be that way? I ‘ve been so NICE!”

God, it sounds so naive.

I’ve been in business long enough to know that nice doesn’t cut it when we are talking objective stuff like the bottom line. Of course, nice is about more than business. Nice is (or is not) everywhere, in all aspects of our lives.

Case in point: About two months ago, I had a party one Sunday at my house with a small group of close friends. Immediately following the party, someone who’d just been at my house for 7 or 8 hours said something that was totally unexpected and inappropriate. It was also very nasty and hurtful. I was shocked and confused by what I felt was an attack.

I asked this person why they would make fun of me in that way, especially after telling me in confidence at the party how sensitive they are about things and how much they wished people would like them more. I told them they’d hurt me and that I was surprised to be at the receiving end of the cruel comments.

After communicating my feelings and reaction, I decided to let the issue (and this person) go. Turns out I didn’t have to make this decision because they never apologized, never acknowledged what had been done and never even replied to me again.

I tried to understand that this person had/has some serious issues with having people who really care about them, so their way of “protecting” themselves is to alienate people and move on (I’d seen this person do it previously.)

I bring up this incident here because it is an example of someone for whom being NICE is not a factor or consideration. This person didn’t care about being nice. This person was not nice…they knew it and didn’t try to change it or make it better.

Maybe they know know something I don’t know about getting ahead in life via that route. But that kind of “not nice” scares me. Alienates me. Totally and utterly confuses me. It is just not part of who I am or who I could be.

While I in no way shape or form aspire to it., I am certainly in awe of it. Not the behavior itself, which is abhorrent. But the ability to act and do and be in a way that does not care or take into account the opinions or feelings of anyone or anything else. (I wouldn’t mind if a tad of the not caring part of it were in my fabric. Like a superhero, I’d of course use it for good )

So…what is the opposite of “too nice?”

It isn’t mean or nasty or rude.

It certainly isn’t cruel or hurtful.

Perhaps it is indifference.

Or self-centeredness (if you are so focused on yourself, no way you can care about others).

Or total disconnectedness from one’s own feelings and the feelings of others.

And what happens when one isn’t nice? Perhaps people think and act differently toward you. But maybe that was the goal in the first place. The world doesn’t end, no. But that doesn’t mean it’s a good thing.

There is a middle ground, of course.

It’s a place with boundaries, and respect and manners.

It’s a place where kindness exists, but sugar and spice don’t have to.

It’s a place I’ve visited and probably would do well to visit more.

You probably know where it is and how to get there. Me too.