by Allison Nazarian | Inspiration, Living Life, There, I Said It 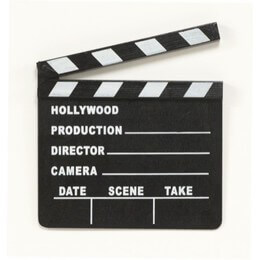 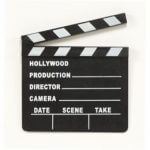 There comes a time in every stage of each of our journeys at which there is nothing left to do but act.

You’re read about it.

You’ve written about it.

You’ve told all your Facebook friends and your twitter followers and your mailing list people and your real friends and your significant others and whomever else, including yourself, what you are planning to do. What you are going to do. What you will do. How you will go about it. Maybe they’ve weighed in on how they think you should do it. (You know, they even made a cool word for that kind of collaboration — “crowdsourcing.”) You’ve listed the pros and cons. You’ve made a mind map. Maybe you’ve even downloaded a cool little app to help you do it.

But you haven’t actually done it.

You’ve planned for it and read about it and made lists and sketched out how it will work. You’ve strategized and considered all of the options. You have a schedule to go along with your goal. Of course, you’ve read lots and lots on everything related to the action. Did I say lots? You’ve thought about what life would be life after you have done it. You’ve daydreamed about how great having done it will feel. You’ve even been so bold as to plan what your next thing will be after this thing.

“Nothing happens until something moves” `Albert Einstein

For better or for worse, we have begun to equate the “something moves” part with stuff that seems like action but, in reality, isn’t really action that actually moves something. It’s whirly, circular action that makes lots of noise but gets little done.

You haven’t worked no matter how much you have talked about work.

You haven’t exercised no matter how much you talked about the gym.

You haven’t made money no matter how much time you have put into your business plan.

You haven’t spent time with your kid no matter how many cute pictures you uploaded to every imaginable social networking site.

You haven’t done the laundry no matter how many vows you made each time you looked at the heaping-full hamper.

Action is the hard part. It isn’t easy. Often, it is actually a very solitary thing. Whether it is alone or in a group or with the world, it takes a lot of work. Not necessarily a lot of time, but a lot of work. And most people would rather do anything else than actually do the work. This is not a judgment, but a fact about how we are made.

The good news is the real action can start anytime, including right now.

Do it. Don’t just talk about doing it.

Move something. Don’t just talk about moving something.