My Spring Break Self 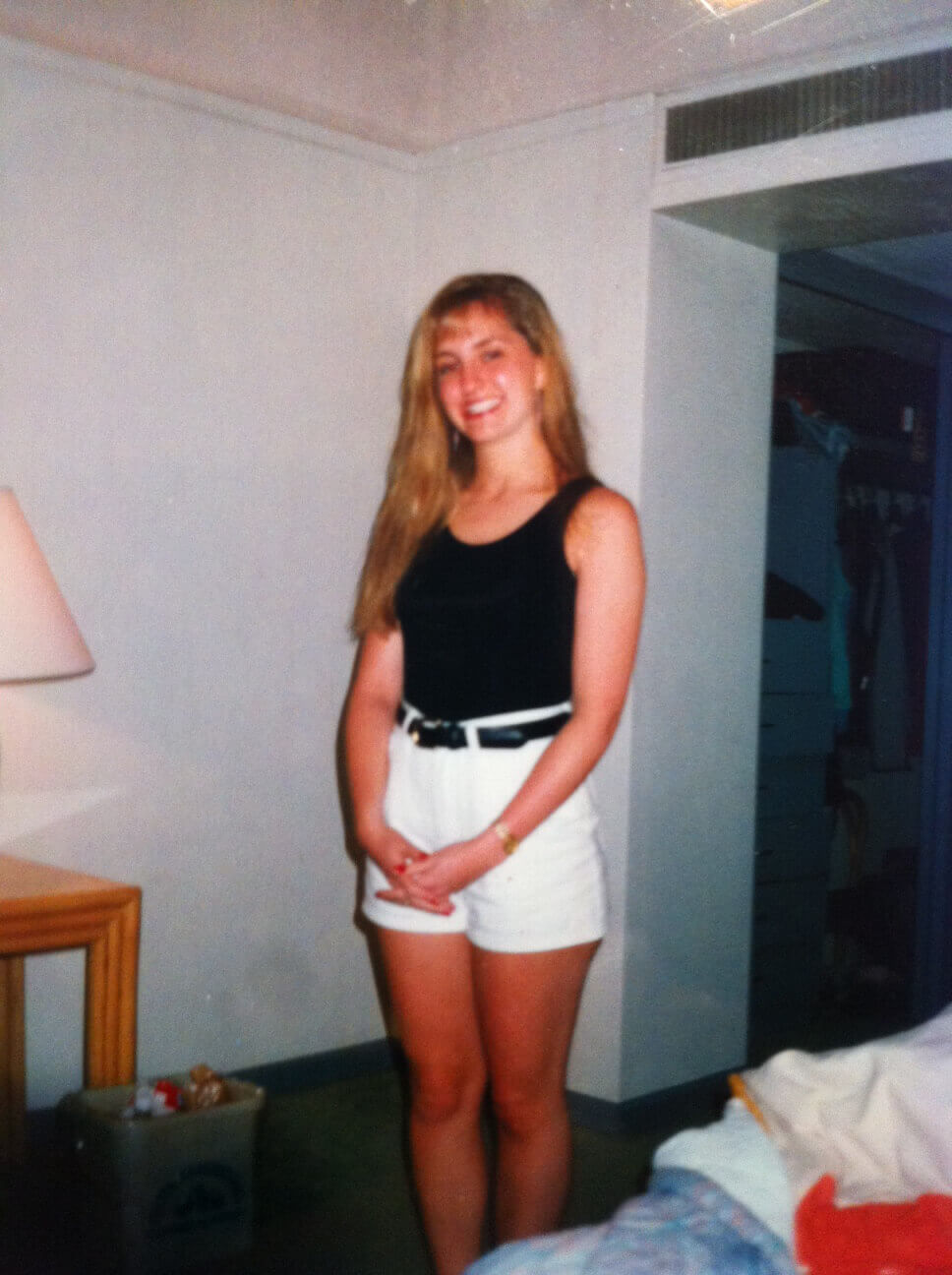 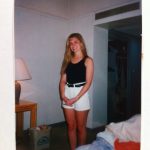 I traveled with 15 or so other girls to Acapulco, Mexico, over Spring Break of my senior year in college.

During that period, I was working out at the gym every day. That was the first time in my life that I had engaged in any real physical activity and had actually stuck with it. (I was not what you would call an athlete.) It was also the first time I felt that I looked the way I wanted to look in clothes and in my bathing suit.

I felt great inside and outside, pretty simple.

One night during that Spring Break week, all of us girls decided we’d take a break from the craziness of eating out and order pizza to eat in the room in a more relaxed atmosphere. As was our usual way, we snapped pictures all night (this was still the days of film and negatives). We had full group shots, smaller group shots, shots with random people we met on the street, shots of us drinking shots (most of us were already 21, don’t worry….) and sometimes, the individual shot.

On that Pizza Night, someone snapped an individual shot of me. It wasn’t until a week or two later when we had the pictures developed (yea, that) that I saw how much I loved the picture of me. I was happy with the outfit (very important), my color (I am a super-pale human being, and I didn’t usually go in the sun, so getting color was a novelty), the hair, the nonchalant-yet-I-really-care look and the way I could see that my work in the gym was paying off.

So I did what any 21-year-old who is happy with the way she looks would do: I made many, many copies of the print in various sizes — wallets for myself and friends (and maybe for future boyfriends), 5×7 for my grandmother of course, regular size 4×6 “just in case.)

Just two months later, I and my friends graduated from college and, as is the case at that stage in life, everything changed: I moved to New York City that year. Less than three years later I was married, the next year in grad school and less than two years after that I became a mom for the first time. Also in that five-year period, my mom died, I picked up my life and moved all the way down to another end of the country and somewhere along the way gave away the white Express shorts and stopped going to the gym every day.

Over the years, every single time I have decided to clean out a drawer or pare down a pile of photos or organize an album, I have come face-to-face with a copy of my Spring Break Self. Because I made so many copies of that one little photo, it manages to show up anywhere and everywhere. Kind of like Waldo, but blonde and unhidden. The girl in the photo never ages. She never gains weight. She never gets sunspots from that time outside frying my the pool. She always has a good hair day. She’s not divorced because she hasn’t yet married. And she never gets tired of that Domino’s pizza in the hotel room.

Now might be the time during which I talk about how I wish I could tell my Spring Break Self everything I have learned, so that maybe the road could be a little smoother, a little more navigable at spots.

But you know what? Maybe I wouldn’t tell her a damn thing. In fact, maybe she could tell the 40-year-old me a thing or two.

During my most recent organize-and-purge initiative, I decided this picture has to go, but for one last copy.

I decided to show it to my daughter, thinking she’d see how stylish (and young) I was at one time. At 12, she has more of a sense of style than most adults I know. (Heck, she had that even at age 4.)

“Come here, I want to show you something,” I yelled down the hall.

She took the wallet-size photo from me. She examined it. She looked up, looked me up and down, then looked down again.

This was it, she was going to have a really nice compliment for me. She could see through the mom-ness of me, back to the cool girl who went on Spring Break and went to Mexico without her parents. My daughter finally understands me!

She looked back at me with a smile.

“Can I show this to my friends? I told them people used to wear their shorts as high as this, but they didn’t believe me.”