Not Your Typical Unconditional Love Story

by Allison Nazarian | Real Life, The Life of Allison 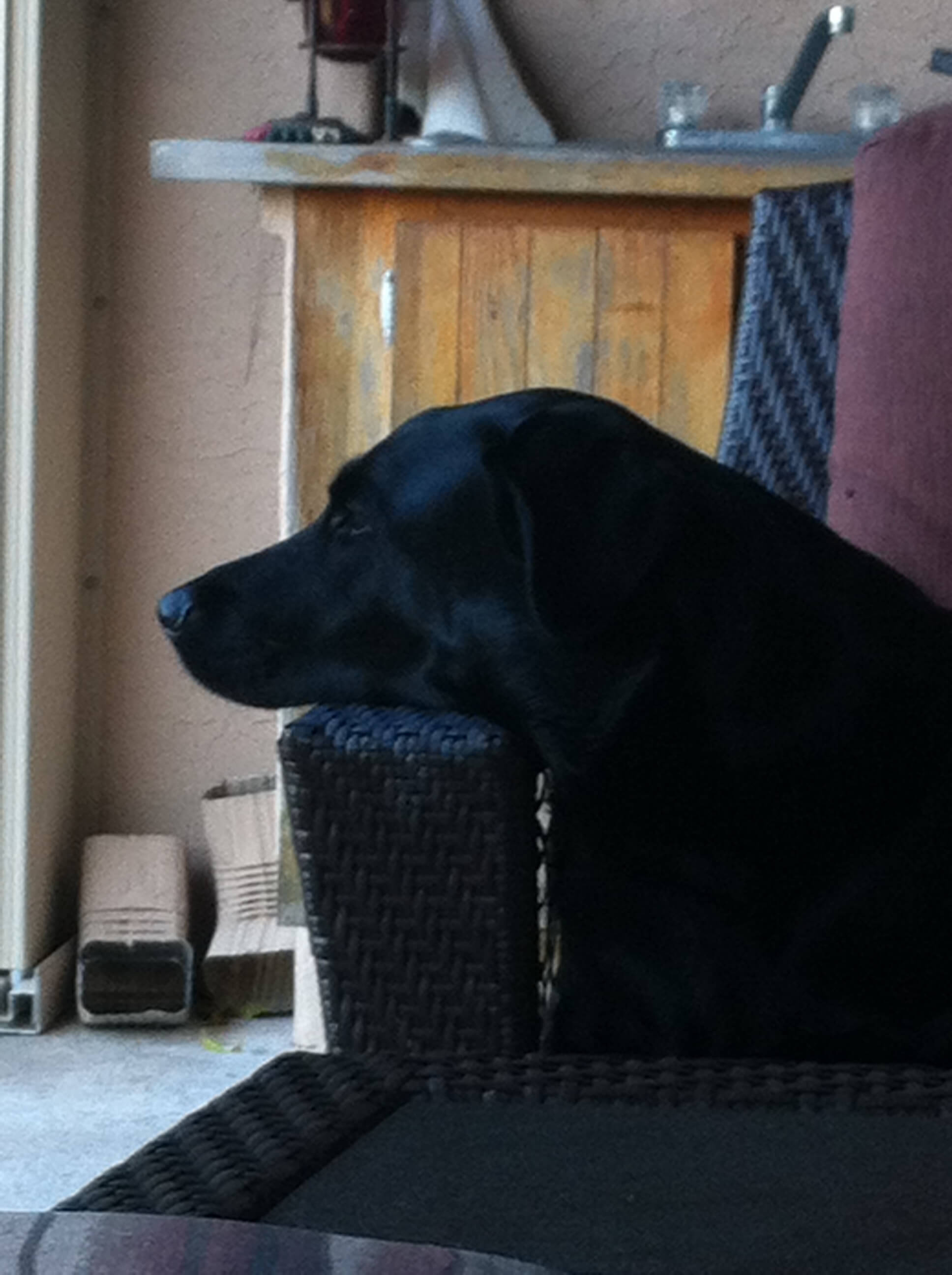 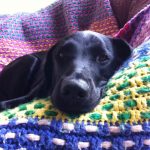 I have a dog. Her name is Ebony. That was the name she came with. We call her Ebby. She is mostly Lab and blacker than whatever you think the most black thing is. She is approximately 4-years-old. I say approximately because we were not her first owners. We were not really even her second owners, come to think of it. I know very little about her life before February 2009, when we adopted her a few days after her previous owner was killed in an accident.

Ebony is the first dog I’ve ever owned. In fact, aside from Joey, the creepy bird my mom kept for years, and various goldfish won at carnivals, I never had a pet in my life. I didn’t really like animals much and had more than a minor fear of dogs. I thought animals smelled and made noise and took up all kinds of space (physical and emotional) that I had no desire to share.

During that time, in late 2008 and early 2009, I’d had fleeting thoughts about getting a dog for the kids (one desperately wanted one, the other disliked them enormously) so that they could take one back and forth between their Dad’s house and my house, especially in the early days of the divorce. I didn’t do much to act on those thoughts, mostly because nothing felt right.

And, yet, when my friend Ali called to let me know that Ebony was an orphan in need of a home immediately, I dove right in. Not because I am some sort of altruistic person and not because I had any idea of what I was doing or because I had planned for it, but because I knew it was meant to be. I just knew it and for once suspended all listening to reason and my practical voice and just went for it. Something bigger — call it whatever you want — allowed me to have faith that it would all be OK.

And it was OK. More than OK.

Bringing home a dog (and an 80-pound champion shedder at that) with no preparation, no lists, no lead time was one of the most spur-of-the-moment big things I ever did. Having Ebony in our family has been a dream. From the moment she arrived in our house, she fit in beautifully. There was no adjustment period and she seemed OK knowing we weren’t dog experts of “dog people.” We didn’t have the comedy-of-errors “Marley & Me” experience.

From her, I have learned so much. Sure, I have learned what true devotion and unconditional love look like and feel like. And while those are no small things, I would venture to say most dog owners would tell you the same.

But what I have really learned are some other big things. Big things like these:

“Meant to be” cannot be forced. Maybe your grandmother or your favorite self-development expert told you “If it’s meant to be, it will happen.” And ain’t that the truth?! We all want certain things – a life filled with peace and love chief among them. But an approach that is all about trying to get the square peg in the round hole won’t ultimately be the right or the best approach. Sure, I’d thought about a dog. Maybe a puppy from the Humane Society, maybe a dog from a breeder others of my friends had bought from. But those were not in the cards for me. Thankfully, I didn’t force the issue before Ebby came along. Forcing things leads to incongruence. Incongruence leads to resentment, regret, blame, anger — the whole nine yards.

Some people are assholes. I know you are expecting a story of pure love between dog and owner, but having a dog has exposed me to new and different people. In the park, in the dog park, on the street. Not every person you come across in day-to-day life is lovely or wonderful. That’s a fact. For instance, I have lived in the same house for over 12 years, yet there are a few neighbors I have only come into contact with of late and only because of my dog. One is a paranoid and possibly senile man who follows me (and once my daughter) when we are walking Ebby, threatening the dog’s life if he ever sees the dog “do her business” on his lawn. His physical proximity to my daughter in that instance, as well as the language he used with her, forced me to file a police report. He didn’t seem to care, or even understand. It’s not personal, he is just an asshole.

Simple is all you need. Some days, all you need is the right blanket and comfy chair. That’s it. We spend so much time and energy looking for more, better, faster, cooler that we can often lose sight of what truly brings us comfort or peace. When Ebby lies on the rainbow blanket my grandmother made (that’s the one in the picture at the beginning of this post) on the Papasan Chair, I feel like everything is right in the world. And I know that for her, everything IS right in the world at that moment. And every other moment, for that matter.

Loving your mess is about ditching the need to control. There are no words to describe to you the volume of hair that falls from my dog’s body in any given hour, day, week. NO WORDS. When Ebby first came to us, the entire first floor of my house was white tile. My inability to control or contain the mounds of black hair literally kept me up at night. It was a huge mess. I knew I couldn’t stop it or hide it. And I certainly couldn’t pretend it wasn’t there. So what did I do? I covered the entire floor with a dark color wood laminate flooring. (No, not me personally.) The whole thing. The hair is still there, but so much harder to see. A beautiful compromise that allows me to sleep at night while not cursing her and her hair anymore.

Love moves us beyond our self-imposed walls and limitations. Dogs, like cute babies, make even the most unmovable of us do interesting things. I was a regular at the dog park until a friend’s dog got really sick from other dogs there. I even made small talk with strangers (other dog owners). I am not a small talk kind of gal. I am not an outdoorsy kind of girl, either. My kid who thought he hated dogs? Now madly in love with Ebby. And me? Despite never being a “dog person,” I now have a “Black Labs Rule” magnet on my car and sometimes buy better baked-good treats for my dog than for my kids. Who am I?

I may never own another dog after Ebby, but for now, I have a super-hairy third child who gives love freely whether I’ve asked for it or not. Whether I am in a bad mood or scattered. Whether the house is a mess or immaculate. Whether she has to poop or the guests are loud or someone is sitting in “her” seat. She loves without condition or exception, and doesn’t ask for a ton in return.

What has YOUR dog taught you?