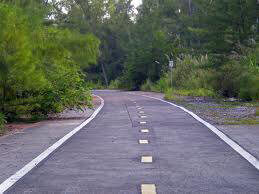 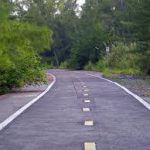 Going straight when I usually turn right. Saying “yes” to something I may have said “no” to the past eight times in a row. Eating meat for breakfast (that’s a whole other story…). Deciding to laugh instead of be annoyed when my daughter’s plans change 18 times. When I am walking in the park, instead of avoiding people, I now zoom right by them with a hearty “Good morning!” Instead of driving right by the school crossing guard who always has a sour look on her face, I now wave and smile grandly (she does the same in return!). Kind of like Opposite George from “Seinfeld.”

For people like me, doing something different can feel scary as hell. We aren’t adrenaline junkies. No, we are safety junkies. And safety can be found in the routine. The routine works. Doing the same thing in the same way is safe. Controllable. Knowable. But the brain needs change so it can grow, so it can build new neural pathways and flourish. And it seems there is a now-burgeoning part of me that really wants to grow.

So I am obliging this knowing and wanting, despite the inherent (albeit likely imagined) risks.

I am approaching this whole two-roads-diverged-in-a-wood thing as an experiment. A fun game. Something I can play around with.  And the thing is, I don’t have to know what will happen or have a blueprint of an outcome. All I know is that with new decisions and new actions come new results.

It may sound silly, but maybe you could consider turning a different way today (whether literally or figuratively)? It could change your day, and it very well may change your life.

I’m off to eat some ground beef for breakfast.