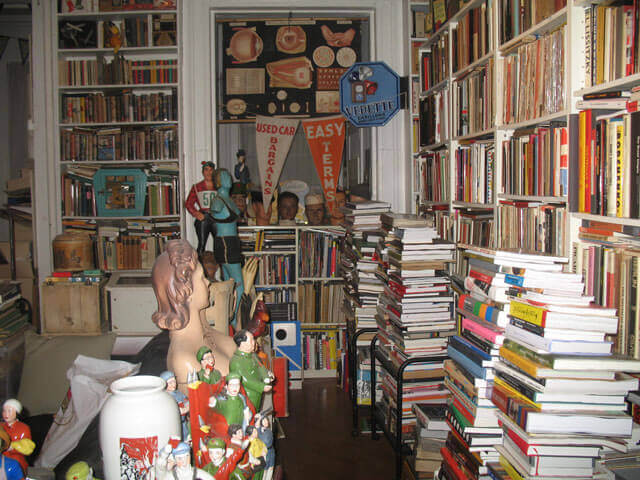 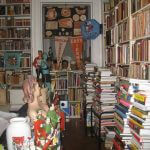 I have learned that getting rid of stuff is a kind of therapy for me. This can be a good thing, when it comes to having uncluttered spaces in my home. Most of my closets are a pleasure to look at (and those that aren’t are soon whipped into shape). My files are in order, and old clothes are promptly donated. I have rarely regretted throwing or giving anything away, and I so enjoy the process.

So, yes, good thing. For the most part.

The flip side of this thing I do regularly is that it can become addictive. I am pretty sure that I am way too happy to have heaping and over-filled trash cans and boxes to put out on the front curb come Trash Day.

I mean, is it really normal to be as excited about getting rid of stuff as it is to, say, play on a sports team or perform on stage?

When my mother died in 1998 and my grandmother in 2007, my psyche, my life, became all about their stuff.

In both cases, I was quick to sift through and get rid of an enormous amount of personal items, such as clothing and shoes.

I was afraid to throw away that which I felt still had pieces of their soul in some way attached to it — torn off paper with their handwriting on it, address books from the 80s, reminder cards for medical appointments from 1994, purse mirrors with images of angels. (Don’t get me started on the books, some of which I wrote about here.)

This was the stuff of them, and now it had become the stuff of me. I was curator, manager and even student of this stuff. All of it.

So while I consistently and perhaps obsessively continued with my de-cluttering habits (encouraged even further once the hoarding reality shows came on the scene), there were certain boxes and corners that remained off-limits. And because my grandmother’s apartment is close to my home, I would continue to transfer more stuff* from there to here each time I’d stop by to check on things. (*Over the years, this stuff has included candles, a citrus juicer, Polish photography collections, 30+ boxes of Kleenex, a pottery plate from Jerusalem and clothing labels that read “Sewed with Love by Bubby.”)

I have taken my role as Head of Stuff Left Behind By Dead Women In My Family very seriously, but oh how I resented it. It brought clutter into a Clutter-Free Zone. It took up space, literally and figuratively, in my life. And, ultimately, it did not bring me closer or more in touch with the two women who raised me. None of the stuff mattered, but it became everything to me. The pieces that needed to be picked up were not in those boxes, nor were they in my own closets. They were pieces of my own heart, my own soul.

I now see that the closeness I sought, the meaning I tried to make from the scraps of paper and the Elvis tapes, could and would come. But I was seeking it in all the wrong places. In fact, I was driving my own self further from whatever was really left of them. And let’s not forget how I was trying to control that which already happened in the past and perhaps even what would happen in the future. I’d find what I was looking for in the boxes of stuff, but only through my own healing. No amount of stuff — mine, theirs or anyone else’s for that matter — could do any of it for me.

Looking inside is by no means a simple de-cluttering job. It is tough work that often yields little to no short-term results. It is both the hardest and also the purest job you will ever have.

I like to think that both of these women who came before me would be proud of who I have become and how I live my life.

And I try not to think of how upset they would be at my acts of tossing out 16 bottles of Tonic Water and approximately 150 pairs of size 7 narrow shoes.