Your Stop The Bus Moment 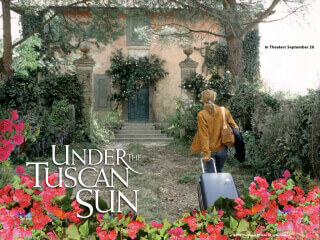 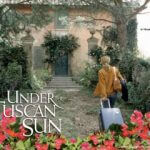 Early on in the movie Under The Tuscan Sun, the main character Frances learns that her husband has been cheating on her, that he plans to marry his mistress, move her and her kids into Frances’ marital home in San Francisco, seek a divorce and, to add insult to injury, get some alimony from her in the process.

Frances was devatstated. Blind-sided. Shaken to her core. She is forced smack-dab in the middle of a crossroads she didn’t ask for. Our crossroads come to us in different ways. some of us seek them out, others of us have them shoved down our throats. Some of us long for one that seemingly never comes.

Regardless of how we plan or act to get there, sometimes the crossroads just shows up.

Right in front of our faces. in the you-cannot-freakin-ignore me sort of way.

Make it or break it.

Fast forward in the movie, and Frances finds herself on a tour of Tuscany (a gay tour on which she is the only heterosexual, but you will need to see the movie to get the context).

She sits on the tour bus, seemingly lost, sad, detached and wistful all at the same time. The bus ambles through the winding hills of the countryside. As Frances glances out the window, she sees it.

A house. Her home. Right there.

As she looks out the bus window to the house, the dialogue between her head and her heart is likely vigorous: “Yes, no, yes, no, huh?, do it, no way, now.”

“Stop the bus,” she says, softly at first. Tentative maybe.

“Stop the bus,” louder this time, some heads turn.

In the next frame, Frances is wheeling her large suitcase and other travel items off the bus and toward the home.

Your Stop The Bus Moment.

You’ve had one, maybe more.

You remember it. Clear. Powerful. As if it were both yesterday and a million years ago.

Your Stop The Bus Moment.

A dividing point. Like the Berlin Wall, between the East of your past and the West of your future.

Your Stop The Bus Moment

Leaving what you know for sure, what’s certain, for what you have no clue about.

Giving “so-so” a big fuck you.

Opting for fear over mediocrity.

I know mine. Or at least the one that has led me in the past year-and-a-half to where I am right now. I know my Stop The Bus Moment.

When I think about it, it’s both crystal-clear and blurry.

It belonged entirely to me yet seems to have happened to another person.

It knew me better than I knew myself, and I’ve thanked The Powers That Be for it every single day of my life since.

It has given me more uncertainty and roller-coaster-ness than anything else ever did before, and yet I still have moments of wanting to literally get down on my knees and demonstrate my pure and utter gratefulness.

That moment, for me and for you, is not about the the specifics. The time and place and exact circumstances don’t matter a ton. (They are crucially important for your story, yes.)

That moment is about who you are in that moment.

That moment is about who you become in that moment.

That moment is about changing your story. Or not.

That moment is about taking a fucking stand and living not just breathing and existing.

That moment is everything.

Nothing? Well, nothing means you choose to stay on the bus.

Or, for me, it would have been choosing to stay asleep (literally and figuratively). For you, it may have meant (or will mean, or both) something entirely different on a specific level. You may hear voices in the bathroom while collapsed on the floor at 3 am (a la Elizabeth Gilbert in Eat, Pray, Love), or have a dream or something else totally different.

No matter what your Stop The Bus Moment is on the surface, it is that moment in which you sit up and you just know.

You don’t know how you know, or why you know or even what you know specifically,  but you know.

I had another Stop The Bus Moment in October of 2006. It seems bizarre even now to recount it or remember the details.

(Let’s just say it involved hearing the same song twice in one day, once on the way to work in the morning, once in the evening on the way home. Oh, and let’s just say that the song was in Spanish. And, for fun, let’s say that I speak like maybe six words of Spanish. Oh, and while we are at it, I’ll throw this in there: I never put the radio on the Latin station it was on. Not in the morning, not in the evening. Nor did I make that station a “pre-set” on my Sirius radio. But there it was in all its non-English glory, speaking, literally, to my soul, and staying with me until this very day. I know what you are thinking, and I understand. I’d be thinking it too….Whack Job.)

I didn’t know what was happening, but I knew something had changed. Like changed big time. Like I came home from my office a different person than the one who had left at 8:00 that morning.

A seismic shift had occurred, and it was only the beginning. Later that same evening, I took some uncharacteristic actions, again not exactly knowing why, that led to my changing absolutely everything about who I said I was and how I showed up as a (then)-wife, friend and business owner.

The Stop The Bus Moment can be a great thing in the life of YOU. And by “great,” I mean fucking awesome, game-changing, kick-ass and amazing. It can also be devastating, leading to debilitating uncertainty, regret, questioning or angst.

Is it your choice? Well, yea, pretty much.

That all said, a Stop The Bus Moment isn’t exactly something you want popping up in your experience on a regular basis.

Escaping from so-so is not about constant and tremendous upheaval. It is about making the right choices (choices based on a combination of gut, heart and head) and taking constant corresponding action (and even if the action doesn’t correspond and turns out to be wrong, it is still right and better than no action).

You can’t plan a Stop The Bus Moment.

But you can plan for it.

You can decide who you are and what you stand for and what you are willing to do (or where you draw the line) when it comes to listening to your voice inside, to choosing you over “them,” to laying down a stake and taking back ownership of your life.

A bus is a great metaphor, right? It can plod along, or speed up, careen out of control down a hill, chug its way back up, maybe slow down, drive smoothly…or bumpily, it can come to a complete stop, stopping short and jarringly, or agonizingly over time, running out of steam with each turn of the wheel. You may even transfer to a another bus line that travels a different route.

Whatever the voice, no matter what it says, regardless of where you physically are in that very moment, only you will first hear it. (You can ignore it, too, though that isn’t always easy.) And only you can then say it. (Or at least nod your head to it.)

I can’t tell you what to do or say or think or feel or yell or stuff back inside.

What I can tell you is this:

Know that your moments have already happened and are yet to come.

Be true to yourself in those moments.

Say what you need to say (thank you, John Mayer).

Do what you need to do.

Know with certainty you will be scared. That you will have way more questions than answers. That your Stop The Bus Moment may feel more like a Free Fall Off A Mountain Moment.

And know that no matter what you do, say, think or feel, that you have the strength, the guts, the tools and the balls (yea, even you, ladies) to choose, change or create anything.

What was your Stop The Bus Moment, the one that changed everything, from that moment on, for you?