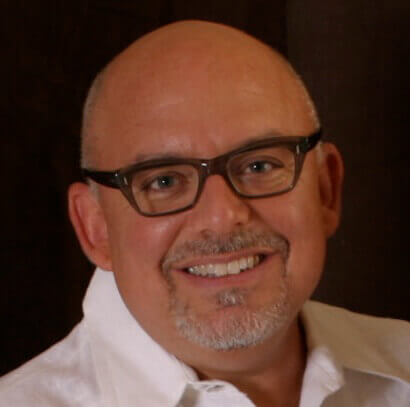 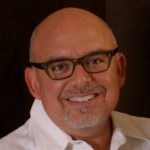 By my junior year as a French horn player at the University of Miami, I was getting enough music gigs to meet my first goal: to pay my rent. But by then I’d already begun to dream beyond performing other peoples’ music; I wanted to write, arrange and produce it myself.

Composing became an obsession. I worked on my keyboard chops. I practiced my singing. Soon, I got a gig with a bar band playing cover songs. I had reinvented myself.

I turned into the Top 40 singer & pianist.

I decided to pursue a Master’s degree in music because I was awarded a full scholarship. I didn’t really care about the degree itself, but it was the only way to learn how to write and produce; digital audio workstation software hadn’t been created yet.

The program at Miami, while excellent, was often overshadowed by my nightly experiences in all kinds of South Florida bands. Shortly before graduating, I joined a Latin band called “El Grupo Alma.” I was immediately fascinated with Latin music and culture. I had reinvented myself again.

I was now the “Cubanized Jew” playing Latin music.

When the bandleader realized I’d been studio trained, he asked me to help produce the group’s new record. The audio engineer quickly recommended me to his other clients, and soon I was co-producing and arranging for salsa star Willy Chirino. This quickly led to work with many other important artists. I had reinvented myself yet again.

Now I became a full time songwriter, arranger and producer. I was so happy to have reached my goal!

But that thrill began to fade as the Latin pop industry repeatedly asked me to emulate other peoples’ songs. Or to “find us the next Celia Cruz.” While my passion for music was as strong as ever, I hated the idea of copying someone else.

Just as I was falling out of love with the Latin record business, I had the chance to compose for Hispanic advertising. These commercials required me to write music that was compelling and unique. My enthusiasm was back! I had reinvented myself once again.

I was now the advertising composer.

A few years later, licensing famous songs for commercials became the trend. And when companies couldn’t negotiate permission to use those songs, they’d often ask me to imitate the original. Wow. There I was, again, being asked to copy. It was disappointing.

But I transformed that disappointment into resolve. I made up my mind that for the survival of my soul, I finally needed to control my own creative destiny. I decided to form my own band.

PALO! became my new reinvention. I began writing and performing original music along side incredibly talented collaborators. We describe our sound as “Afro-Cuban Funk..

Soon after starting PALO!, that old Master’s degree that I never cared about became really important: it helped me get a job as a full time professor of Music Business and Music Production at Miami Dade College. While I had to adjust to a huge pay cut from what I had earned as a freelance producer and composer, teaching college offered stability. Without having to hustle for clients, I thought the security of this job would compensate for the insane risk of running my own original music project.

But I quickly discovered that for me, teaching wasn’t just a job. I really loved it. I had reinvented a dual mission: to share my music with the world, and to give some of what I’ve learned back to my students.

None of these reinventions were planned. But I always try to stay open to opportunities. And to stay in touch with my soul.

Share YOUR Story: Email me your answer to the question “What’s Your Story?” to shareyourstory [at] allisonnazarian [dot] com. Your answer, which I beg that you keep to 650 words or less, can be about a fleeting moment in time, the story of your entire life or anything in-between.