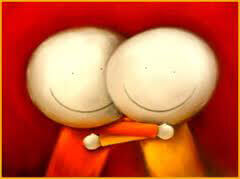 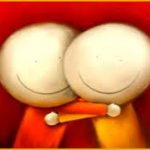 Some of you know I was involved in an unfortunate event this weekend. I wrote about it here if you care to read more. Since the post and the subsequent update, a few more emails have gone back and forth. Clearly, the apology or even acknowledgment I was looking for isn’t exactly on its way. Instead, comments about how rude and crass I and my readers (and our language) are, horror that I had the audacity to share my story here in such a public way and warnings about disciplinary action against me.

So to try and get a lesson out of this and to move on in a way that helps me be even a little better or more compassionate or understanding of a person going forward, I am reprinting (with permission) a comment from my friend Lisa Miles Brady who so beautifully and accurately portrayed some observations that I shared but was unable to write in the thick of all of this.

Thank you, Lisa, and thank you to all of you who have voiced your support here, on Facebook, twitter, in emails and elsewhere. Your positivity, energy and occasional use of an F-Bomb or similar have kept me smiling!

And we wonder why bullying is a problem in this country.

From your account, A, the Ref had lost control of the game. But by god, he was NOT going to let some soft-hearted wuss of a Mom step onto his court.

Since he couldn’t shame & humiliate you to do what he wanted, the Exec Director steps in.

No acknowledgment of your situation or point of view. Just another bullying tactic to shame you…

It’s interesting that he appears to be more concerned with appearances than with Maya or the bullying that occurred by someone representing the West Boca Basketball League. I’m not overly impressed with their commitment “to promote fun for children.”

Since we couldn’t intimidate you on the court, let’s try it again, making you wrong for sharing this story on YOUR blog.

I wonder how many times these “gentlemen” have hidden behind the “rules” to justify their inappropriate behavior?

I wonder how many times they have used shame & humiliation to silence those who have disagreed with them?

I wonder how many other bullies are running around the West Boca Basketball League or other organizations that claim to be “designed to promote fun for children…”?

Thanks to “people like you” another young lady is being raised knowing that someone gives a shit about her well-being.

Thanks to “people like you” many of us are reminded that although motherhood is tough, we are not in it alone.

Thanks to “people like you,” bullies like the Ref & Jeff have to answer for their actions (or inaction).

And the next time the WSJ wants to publish one of your articles, tell them, “No thanks. I get plenty of readers from outing stupid people at middle school basketball events.”

As always, A, thanks for sharing. Glad Maya is ok.