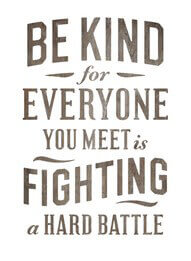 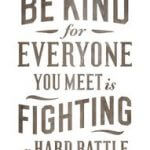 It is #2 of the beautiful, brilliant Four Agreements: Don’t Take Anything Personally.

But…these movies are fiction, stories. They are not in actuality related in any way to the true story. Not to our truth, and certainly not to others’, either.

Most people, including you and me, are so caught up in their own thoughts and stories and worries and regrets and plans that we have only a teeny-tiny space left in our brain (if that) to devote to things that are not in some way personal to us. That’s not to say that most people don’t care about anything outside themselves, because most do. There just isn’t a ton of space left to actively care as much as we think they do or as much as we care about ourselves.

This isn’t selfish, this is reality.  Focusing on our own selves is a way of self-love, not an act of selfishness.

And, yet, so many of our worries and anxieties and regrets are all about “they” and “them” and their opinion and their role.

Example: Yesterday, someone I’d known for nearly 20 years defriended me on Facebook. On the surface, I could only assume (Agreement #3: Don’t Make Assumptions) that this person was upset/angry/offended by my post on eating bacon freely and my living in a way that does not jive with her religious beliefs. I am a fiercely strong believer in the “Live and Let Live” approach to life; that doesn’t mean everyone else is, though.

After my initial surprise by these actions, it was obvious to me almost immediately that this person’s actions had absolutely nothing to do with me. So I tried to use the situation to teach myself a new lesson or two about taking things personally:

I allowed myself to feel compassion for them, and for myself. I also allowed myself to feel the enormous relief that comes with not feeling I need to take on other people’s issues anymore. I can’t fix this or change it or control it. And that is something very relieving to me. It is also something that makes accepting and moving on all the more easy.

I’m grateful for the reminder of the lesson. Lessening the amount of space in my head taken up by the whats and whys and hows of other people will go a long way in strengthening my own what and why and how.

Now, go and enjoy some bacon. Or not. And while you are at it, try not to take anything personally.