by Allison Nazarian | Life Lessons, The Life of Allison 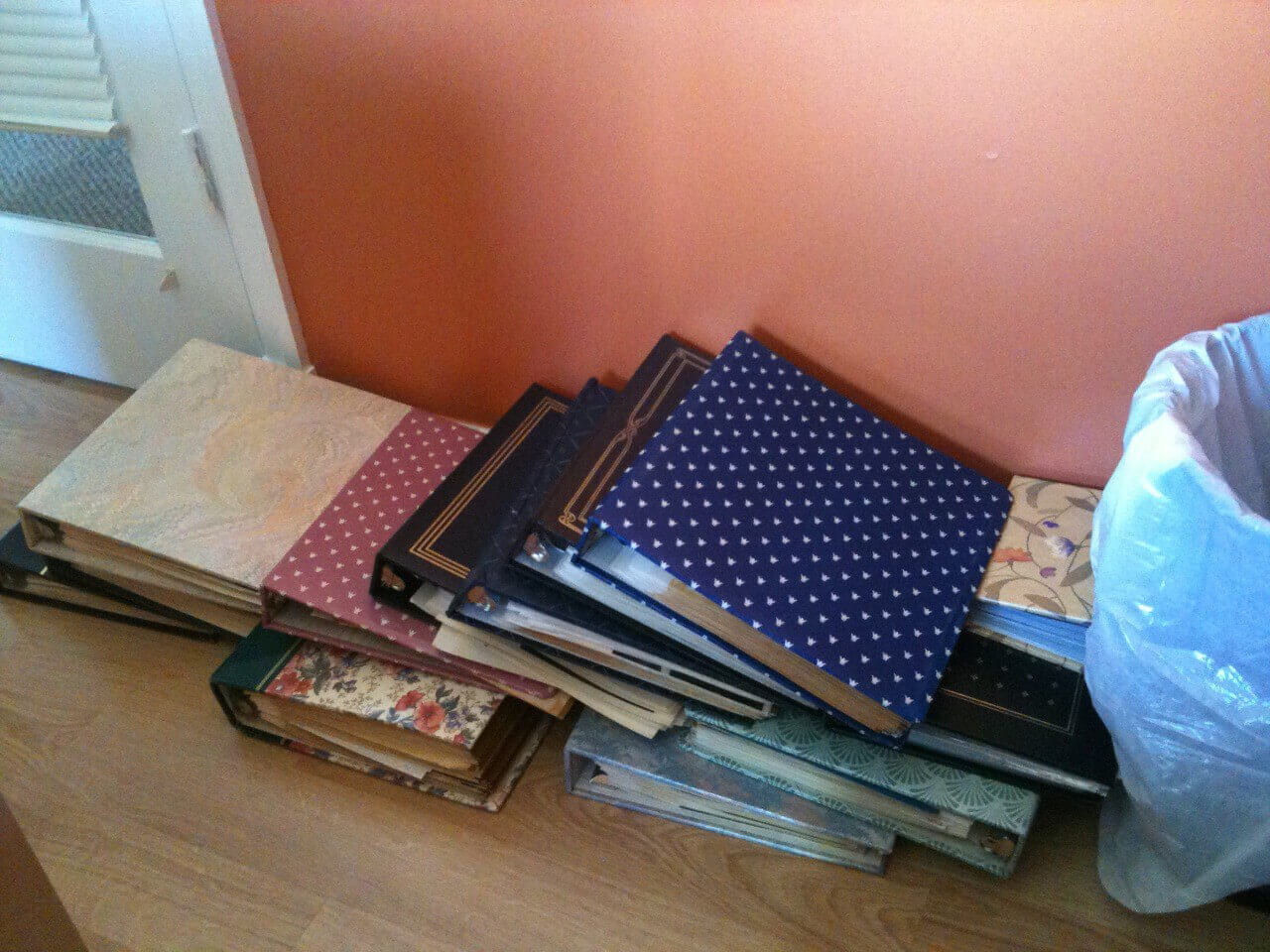 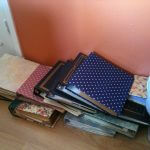 Some things in life are easier to quit or end than others.

For instance, unfollowing someone on twitter is pretty easy (as in, one-click easy).

Leaving a party or canceling plans, in the scheme of things, are both pretty simple, too.

Quitting a job or asking for a divorce are tougher, often far more so, though totally doable. And usually by the time you decide to move ahead with that course of action, much of the tough emotional work has been done.

Sometimes, we don’t even know or realize what role we are playing until it smashes us upside the head. (Can’t quit something we don’t even consciously acknowledge.)

(What the you-know-what am I talking about?! Read on…)

My body aches. Like physical aching as if I ran a marathon I was unprepared for in too-small sneakers …and then collided with a truck at the end.

My brain is begging me to stop. The emotional part that remembers everything and feels love and nostalgia for everything and everyone who has come through the doors of my life.

My garbage collectors may have to start charging me extra.

My kids are wondering “What is Mommy up to now?”

Everything in and around me is telling me that enough is enough. Which is both a relief and kind of scary.

For the past two weeks, I have been on some kind of frantic quest to throw out, organize, pare down and generally just get rid of shit. (Which isn’t new for me, this has been a pattern for me over the past year or so. But this time it’s been different.)

It started with a self-imposed deadline of mid-October for moving my son from the bedroom he has had since age 2 (he is almost 13) to a new bedroom suite we have just redecorated into what I think (and he does, too) is the coolest Man Cave ever.

Part of making this deadline was dealing with years of stuff – stuff stuff and memory stuff, physical stuff and emotional stuff – that has piled high, in the storage closet in what is now his new room, as well as in my heart and my brain, too.

Before anything could get moving or done in that room, I had to go through and examine and disassemble years and years of storage and junk-piling.  (The amazing storage capacity of that closet is both a blessing and a curse.)

I got through lots and lots. And then lots more. Shredded. Trashed. (Will be paying one of my kids $20 to shred the rest.) Was ruthless in tossing.  Even gave a friend’s son some stuff to sell on eBay. Had all the VCR tapes I cared to keep converted to DVD. Cassette tapes to CD. And so on…

The papers and files were easy. Like the kind of one-click easy I mentioned earlier.

Once I started to make some progress and see the light, though, instead of feeling accomplished or relieved, my stress and sense of dread grew more.

Every step of progress brought me closer to some decisions I didn’t want to make. To memories I felt obligated to hang on to…to stuff I had no place for but needed to house.

They have piled up. They are overflowing. They are taking up too much space. They have nowhere to go. But I keep hanging on. I’m scared to get rid of this stuff because I am the only one.

No one else has most of these memories.

No one else who remembers this stuff (except maybe my sister) is around to deal with them.

No one else can pass them on for me.

Saying “yes” and “no” and “you can stay” or “you must go” to the physical part of my memories (photos, recordings, possessions) is tough work. Excruciating, sometimes.

As I stare at a photo album with pictures from an early-80s family trip to California when I was 10 and my sister 4, I ask myself how many different angles of the picture of my mom and I riding an elephant in the San Diego Zoo do I need? Can I toss 15 and keep the 16th? And regardless, isn’t the memory I have in my head (and my heart) of this elephant ride what matters the most?

I mean, I love the fact that Karen Schwartz and I have been friends since we were four. But wouldn’t one or even five photos suffice from that now-infamous day in the backyard blow-up pool? Do I need 20+ photos of the same thing?

And why am I always the one who keeps all this stuff? Karen doesn’t feel obligated. (Nor should she.) Nor does anyone else in any of these pictures. (Nor should they.) I don’t want my kids to have to go through this or feel this pressure later in life. So isn’t it time for me to cut myself loose from these obligations too?

Of course it is. But I am torn. Part of me wants to rip through this crap and just get rid of it, empty the shelves, re-fill them with my son’s trophies and books and school shirts and just live in the now.

But the other part of me remembers that I am the only one. I feel a very heavy and very deep sense of responsibility. I answer to many people (in my head) when it comes to this stuff.

I remember my grandmother’s stories of photos and memories. The story, simplified, goes like this: At some point after the Nazis invaded Poland, she and her family were forced to flee their home. She had to leave everything behind.

She lived the rest of her life without a photo of her mother, of the brother and sister who were killed, of the childhood that had been wonderful until it turned tragic. She kept it all in her head (every last detail of it), but had nothing to put on a shelf or in an album.

I grew up thinking that photos were like gold. You kept them, hung onto them, treasured them, never let them go. When I first got a safety deposit box (which I no longer have) as an adult, I filled it not with jewelry or irreplaceable documents, but with photo negatives in case my house burned down and I had to re-print the photos of my life.

So with my kid asking (and texting and emailing) me day and night 82 variations of the question “Approximately what date do you believe I will be sleeping in my new room for the first time?,” I knew my time was limited.

I decided that my grandmother and my mother would understand. And if they didn’t, well, they would still love me and be proud of me. I needed to plow through and make space and live in the now. I needed to stop worrying if this one or that one would want this photo or that photo down the road.

And here is what I did: I went through 40 years (maybe more) of photos, two-thirds in albums (50-60 total albums), the rest loose in envelopes, frames, photo packets and who knows what else.

Over the course of just a couple of days, I laid my hands on thousands of photos, and countless memories, hopes, dreams, accomplishments, disappointments and tragedies.

I piled up the photos I wanted to keep (I will be sending them to a company that will scan and store them on CDs) and tossed the rest.

Yes, tossed. As in took them out to the curb – album after album after album – and said goodbye. (If you have been following me for a while, you know I did the very same thing with my $4,000 custom-made wedding dress. Same curb. Same deal. Even the same awesome trash collectors.)

I said goodbye not to the memories, as I now know, but to the illusion of them.

Until now, you see, my ability to share these memories in a physical and tangible way with any other human being — from my kid to my boyfriend to my neighbor to a stranger for that matter — was through those photos.

They were a crutch because I didn’t want to have to explain or tell further. It was (is) hard. And trying. And takes emotion. And feeling, lots of it very heavy.

But now I know better, and I am no longer able to hide behind the piles and piles and shelves and shelves of albums having myself believe that simply by storing them, I am fulfilling my purpose as memory keeper or storyteller.

(Note: still many, many, many albums in my grandmother’s apartment; these were just from my house. My work is not yet done. That said, I have done lots and lots in a short time. The photo you see above represents about 1/3 of the total albums I have tossed recently.)

No, just stockpiling that shit doesn’t cut it, folks. So for me, it may be albums and photos, for you it might be something else.

Hiding behind that “something else” as part of what you think is your story isn’t doing your real story justice. Your real story is way deeper than that.

I am still meant to share these stories, to pass on these memories. Yes, that is both my blessing and my burden. But not through the photos or the slides or through a crappy 1970s or 80s album.

Yep, it is much bigger. And tougher. And better.

The rest is still unwritten.