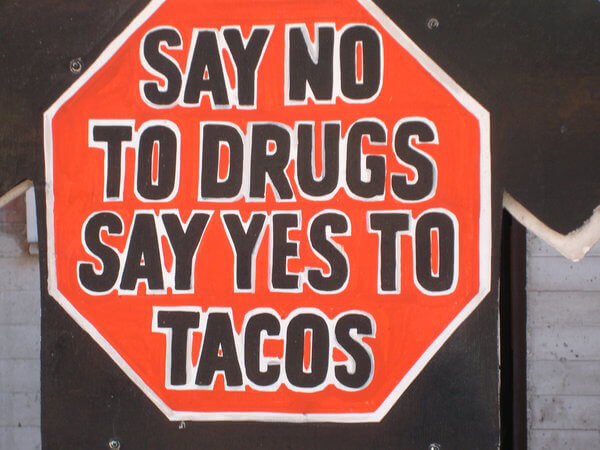 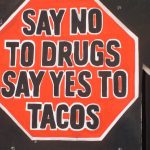 I am one of those people always looking for signs. They are there when we need them, but not always when or where we seek them.

Whether it is saying “No” (or “Yes”) to something important, deciding to leave something in the past for good or leaping in good faith into something not known, I try to go with my gut and then keep looking around for a sign. A sign that, preferably, tells me I am on the right track.

In 2009, I saw rabbits four or five times in two different cities in the span in about two months. I’d never seen them before and I have not seen them since. To me, that was a sign. So I read lots on rabbits and tried to take what was relevant to me. My takeaway from the rabbit encounters was this: “Rabbit wants us to learn how to face our fear and know when to defend our space or walk away.”

Sometimes, I’ll be thinking long and hard and deep about my Mom, who passed away in 1998. I’ll ask her for a sign that she is watching over me, that she is proud of me. I don’t ask her for a sign too often because I really want one when I do ask for it. So when I do ask, inevitably, within the next few hours I will hear the song “I Will Remember You‘ by Sarah McClachlan. I won’t hear it for months (or more) before that, and not for months after. It will be in a place, like a store, where I don’t have control over or access to the music. My takeaway from that song is always different; today it is this: “It’s funny how we feel so much but we cannot say a word. We are screaming inside, but we can’t be heard.” Feeling we are being heard is a key to happiness, to inner peace. Bottling up and hiding is death to our soul.

There was a time in the Fall of  2006 when I was confused. I had some big decisions to make and I wasn’t ready to make them. In the meantime, uncertainty and second-guessing characterized my life.  I was in a holding pattern and I wanted to know that whatever came next would be OK.

One Friday morning on the way to work (I moved my home office to an outside office for a year or two), I was fiddling around with my Sirius radio and stopped at a Spanish-language station. Unfortunately, I do not speak Spanish but something compelled me to stop and listen to the song. It moved me in a way that, to this day, I don’t quite understand. To say it stirred my soul would be an under-statement. I parked at the office building, listened and then got out of my car. The song, with its lyrics I didn’t understand, stuck with me all day.

At the end of the work day, around 5 or 6pm, I got back in my car to drive the 15 minutes back home. The same Spanish-language station was on, as I’d left it in the morning. One song was ending and a new one starting. The new one? The same song from the morning. This song, A Ti by Ricardo Arjona, became an anthem of sorts for me. It reminded me that my decision would be made in its own time. That it would be the right decision. That there was a lot of joy ahead of me, and that I had been seeking it in the wrong places. And, that everything would be OK. That it already was. The line that I can feel in my heart, to this day, is this: “A ti ya no te queda nada” which translates loosely to “To you, and you do not have anything left.”

Last week, I had a shift in thinking, perhaps an in hindsight I will view it as a true epiphany. It was about a book that I have been writing, but not, for at least 15 years, if not more. It has been in my ear, on my shoulder, in my brain, my heart and my soul, but I have not been ready to write it. A conversation I had showed me, in a very calm and sure way, that I am now ready. That this is the time. The message was clear, as was my reaction to it. I wasn’t anxious or scattered; instead, I felt sure of it, calm and even (gasp!) happy. I started some preliminary work on it, but I didn’t force myself to go nuts. That in and of itself seemed like a sign.

Then last night, I had a dream. It was a little snippet of a dream (or at least the part I remember was) but it was clear. Crystal-clear. Lots of them were there. By “them,” I mean people I’d be writing about, or others who represented them. This was the book. They were crying and laughing about it at the same time. Literally. I was too. It wasn’t heavy and stressful. It was light and even funny. I rarely remember my dreams, but I woke up knowing. They were telling me they needed me to tell it for them. Not in a grasping-at-straws way, but in a we’ve-been-waiting-for-you way.

Which made a lot of sense, because wouldn’t you know it,  I have been waiting for me too.

What signs have you seen, felt, experienced and known deep in your gut that this was meant for you?