Lessons From A Sh*tty Day 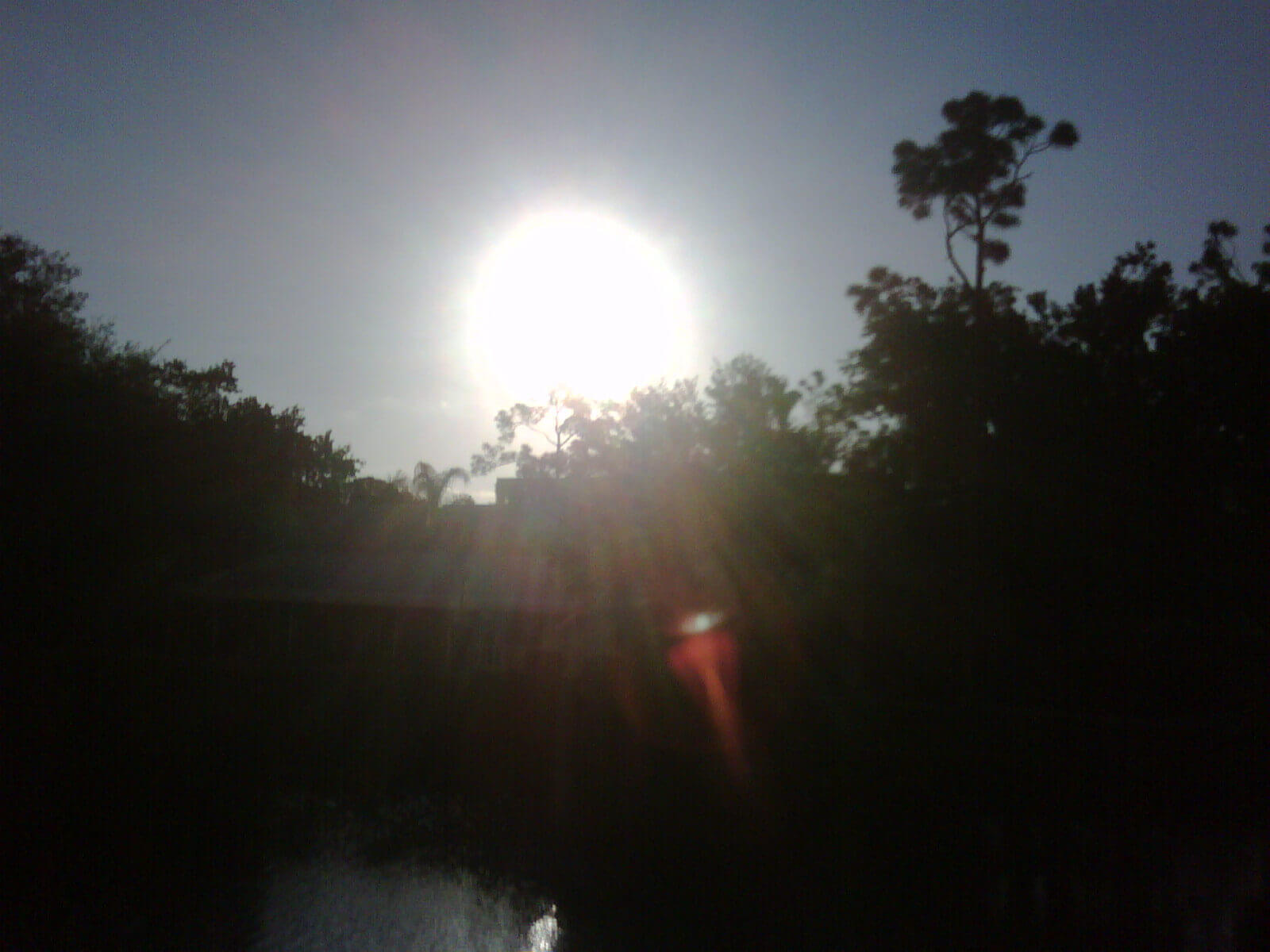 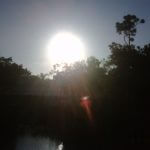 (Note: I used the * in the title, but for the rest of this blog post, I will be using the word “shitty” — and its variations — in all their glory. If you are offended by this language, I apologize and respectfully suggest that this post is not for you.)

I love Saturdays. There is something about Saturday that just makes me happy and calm and grateful and in my element all at once.

Well, most of the time.

This past Saturday wasn’t my usual. It plain-old sucked. In fact, it blindsided me in its crappiness.

Sure, there’s nothing new or different about a bad day. We ALL have them. It happens. Pretending it doesn’t is silly. But they have a way of happening when we least expect them.

When I have a bad day, I try to just accept that today will not be the greatest day of my life.  I try to allow myself to be in the crappiness of the day. We need the bad days to appreciate and enjoy the great ones – and even the normal ones — all the more.

That’s Lesson #1 From A Shitty Day: It is one day. There is always tomorrow.

Truth is, I tend to over-react to people and situations.  I react too quickly. Too emotionally. Take things too personally. Can be too defensive. Too black and white. Too quick with my words. And the list goes on….

What initially set my off on the morning of my Shitty Day was a fight between my two kids. It was a bad one (both are black belts in karate, like that bad). In hindsight, I see that it is likely that my reaction (bordering on freaking out) escalated the situation instead of diffusing it.

Lesson #2 From A Shitty Day: You cannot change or control what other people say or do. You can, however, change or control your actions, reactions and thoughts around the situation, the people involved and your role in the matter. Always.

So the fight ended up setting off more than I was prepared to handle on that morning. Simultaneously, I was texting and Skyping with some friends (Lesson #3 From A Shitty Day: Multi-tasking is not necessarily the Badge of Honor that I and probably many of you make it out to be. Dividing my focus does not serve me or others around me. Further, focusing on the handheld device in front of me may improve efficiency in certain areas, but it does not improve my in-person/face-to-face communications, connections or relationships.)

As I was reading and replying to the friends who were texting/Skyping/other means of communications me, I started to feel more stress. I tend to take on other people’s problems as my own. Particularly the people I love and care about. I used to believe that this meant I was truly a good friend/sister/Mom, etc. and that the more I took on others’s problems, the better friend/sister/Mom etc. I was.

I now know that my role is, first and foremost, to listen and support. Not only am I not here to fix, solve, carry, work magic or take on others’ emotions, but when I do, I am actually taking away from my ability to listen and support. (Which brings me to Lesson #4 From A Shitty Day: I am of no use to anyone who matters to me if I am drained emotionally, mentally and/or physically. And one sure way to drain myself emotionally, mentally and/or physically is to 1) try to be all things to all people and 2) have myself believe that I must carry the weight of the world on my shoulders.)

During one of the conversations I was having while my kids were still on top of each other (literally and figuratively), it became apparent that a friend had not heeded advice I’d given and was in fact now in a worse predicament than before.  Sure enough, on top of the chaos in front of me and the apparent chaos in my friend’s life, now my Ego was stirring up a big bowl of Chaos because it didn’t like that my advice hadn’t been taken.

Lesson #5 From A Shitty Day: The truest and purest form of advice is not about the one giving the advice. The best advice is given with no attachment to what will actually be done with the advice or to how it will be received at all. And if someone chooses not to take my advice (or even to listen to it in the first place), I need to not take it personally. More than that, I need to not even expend my time or energy figuring out why they didn’t do what I suggested. It is what it is.

Which brings me to Lesson #6 From A Shitty Day: It is what it is. And it is not what it is not.

And while I am at it, let me throw in Lesson #7 From A Shitty Day right here: When I am in the throes of a shitty day, sometimes I am best off stepping back from interaction with everyone and their mother. I am so mired down in my self-pity and frustration and whatever else, that I am completely (though temporarily) unable to have the perspective or even the manners to have a proper and productive conversation. Bed is a good alternative. The backyard is too. As is, I have learned, the public library.

Unfortunately, on this shitty day, I interacted a lot. And it wasn’t always pretty.

Meanwhile, as is my way, I had a To Do List all ready for this Saturday. But, as you can imagine, not one item on the list had been touched. My car was a mess. I had stuff to return to Walmart. I needed to check my P.O. Box. I needed some empty boxes. And on and on….

When my day is “off” and all of the things that could be a mess in my life are on that day messy, I start to feel overwhelmed. And anxious. And angry (mostly at myself).

Then The Voice really starts in:

“Of course you aren’t getting anything done today….you are disorganized/unfocused/without purpose.”

“Your kids are fighting because you are the world’s worst Mother. Duh.”

“No matter what you do, your house will remain a mess.”

“Giving away that dining room set was a huge mistake – now you have nowhere to put stuff!”

“You say writing is your top priority but you never get to it. Maybe you aren’t really meant to be a writer?”

“And even if you are a decent writer, you aren’t making any money from writing. Stands to reason it’s pretty worthless. Maybe you are, too?”

For me and my black-and-white way of seeing things, one or two bad things or even a full day translates to me being a bad person, a bad writer, a bad mother, a bad just-about-everything-else. I’m working on being gentler on myself and on others. On accepting what is, on not making a specific challenge or issue into a sign of a universal flaw within me. Looks like this is one of the big battles of my life. Apparently, somewhere along the way, I started talking to myself really meanly. I now have years of this to undo (future blog posts, I am sure).

At some point on my Shitty Day, I accepted it for what it was (See Lesson #6). Then I decided that it was “Chick Flick Time.”  I watched a funny and cute movie (I know some of you will ask me, it was Friends With Money), half curled up in my bed and the other half later on with someone special when I finally ventured out of my house after a long day of shitty (more on that later).

Lesson #9 From A Shitty Day: Know what makes you feel yummy and happy no matter what, and try to partake in it on your shitty day.

For me, one of those things is a chick flick. (Has to be a smart one.) I was able to tune everything else out and just watch the movie. I also promised myself that from now on, I wouldn’t get movies from Netflix because I felt I “had” to or “should” watch them. I decided only to watch chick flicks and the occasional movie that will teach me something important. But suspense, thrillers, sci fi, action – not for me. I don’t enjoy them. Period.)

On the evening of my Shitty Day, I was alone at home. Both kids had plans and were out. Someone I love (ok, my boyfriend) wanted to hang out. I resisted, thinking we were both better off if my negativity was contained. He was disappointed, and I was too.

As I thought about it, I realized that I was playing out old patterns that didn’t work for me anymore. The “containing” wasn’t protecting him, but was allowing me to control how much of me he (or anyone I love and care about) would see. Trying to “hide” the mean or pissy or stressed me is a form of control. It is also a form of fear: If this person sees the “real” Me, they may not like me anymore.

As soon as I realized all of this, I called him back and said I’d be over in 20. He watched the rest of the chick flick with me and didn’t have one word of complaint, even though he was clearly not near the target audience for this particular movie.

And that brings me to Lesson #10 From My Shitty Day: Let the people who love you love you. If you have to hide or pretend or control or arrange, it may not be real. Or you. And if it isn’t real or you or the real you, then it isn’t serving you — and we know about those things in our lives that aren’t serving us…but that’s a lesson for another day.

What about you? I’d love to hear YOUR lessons from your not-so-stellar days.