Learning From People Who Suck At Teaching

by Allison Nazarian | Real Life, There, I Said It, Truth 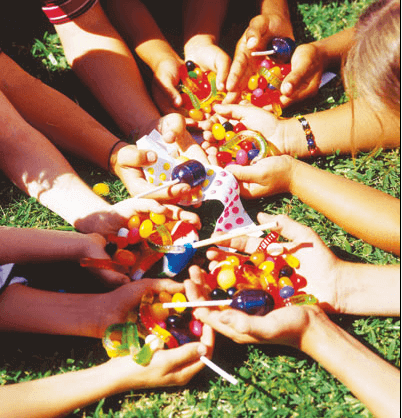 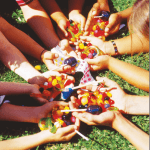 “We cannot share that which we do not have.”

This quote came to me in an email yesterday and it hit home.

I started to think about the seemingly never-ending parade of guides and gurus and coaches and “I have your answer” people out there promising to share their secrets and divulge what they know to you. I wonder how many of them can share such knowings and discoveries and superpowers when they themselves are so deluged by their own mess.

Can someone whose life is a portrait of inconsistency help others stay consistent?

Can someone who makes little money teach others how to increase their income?

If I visited my mechanic and his car wouldn’t start or an organizer who was in fact a hoarder would my opinion of how this person could help me change?

The question becomes: Can someone who is ineffective, who is not at peace, whose life is a mess, whose shit is most definitely not together share effectiveness, togetherness, peace and progress with others?

Perhaps the short answer is: Maybe.

Like many of you, I consider myself to be someone who can see through the bullshit, public and private, of others. I’ve stopped calling them on it, because I have found that 1) most people don’t want to be called on it, even if they say they do and 2) rarely does something good come from calling someone on their B.S.

We are generally better off calling our own selves on our own stuff and knowing that we will actually be doing something to change said B.S.

But no man or woman is an island, and without the presence and wisdom of others, our lives are boring and weird. Those who believe there is nothing to learn from others, that they know it all better than anyone else, are in a heap of trouble. I have spent time — mind-numbing time — with know-it-alls of the first degree (ever notice just how much they love the sound of their own voice?). I have had to remind myself to have compassion for them, because their inability to learn from or listen to others was so profound. But in-between the trying-to-have-compassion moments, I was annoyed to no end…usually at myself for being stuck at the receiving end of such monologues.

So the next time you think someone has something important to teach you or guide you to or share with you because they say they do, look inside first. Maybe you already have that thing you think only they have. Maybe you think you need that thing, when in reality what you need is something else. Or maybe nothing at all.

Chances are that other person is really good at being loud and calling attention to themselves. (If they tell you how “authentic” they are or self-describe as a “visionary” or “thought leader,” run the other way.) Maybe you learn better from a whisperer, not a yeller. Maybe by turning the other way you will find the person who is better equipped to teach you what you truly need to know.

And maybe you already know what you need to know, and what you could best use from someone else is an hour in Starbucks or on a park bench, talking about nothing and everything and laughing your head off in the process.

What have YOU learned from someone who sucked at teaching?