Enough Already (Or, My Constructive Rant On The World Of Internet Marketing)

by Allison Nazarian | No More B.S., Real Life, There, I Said It 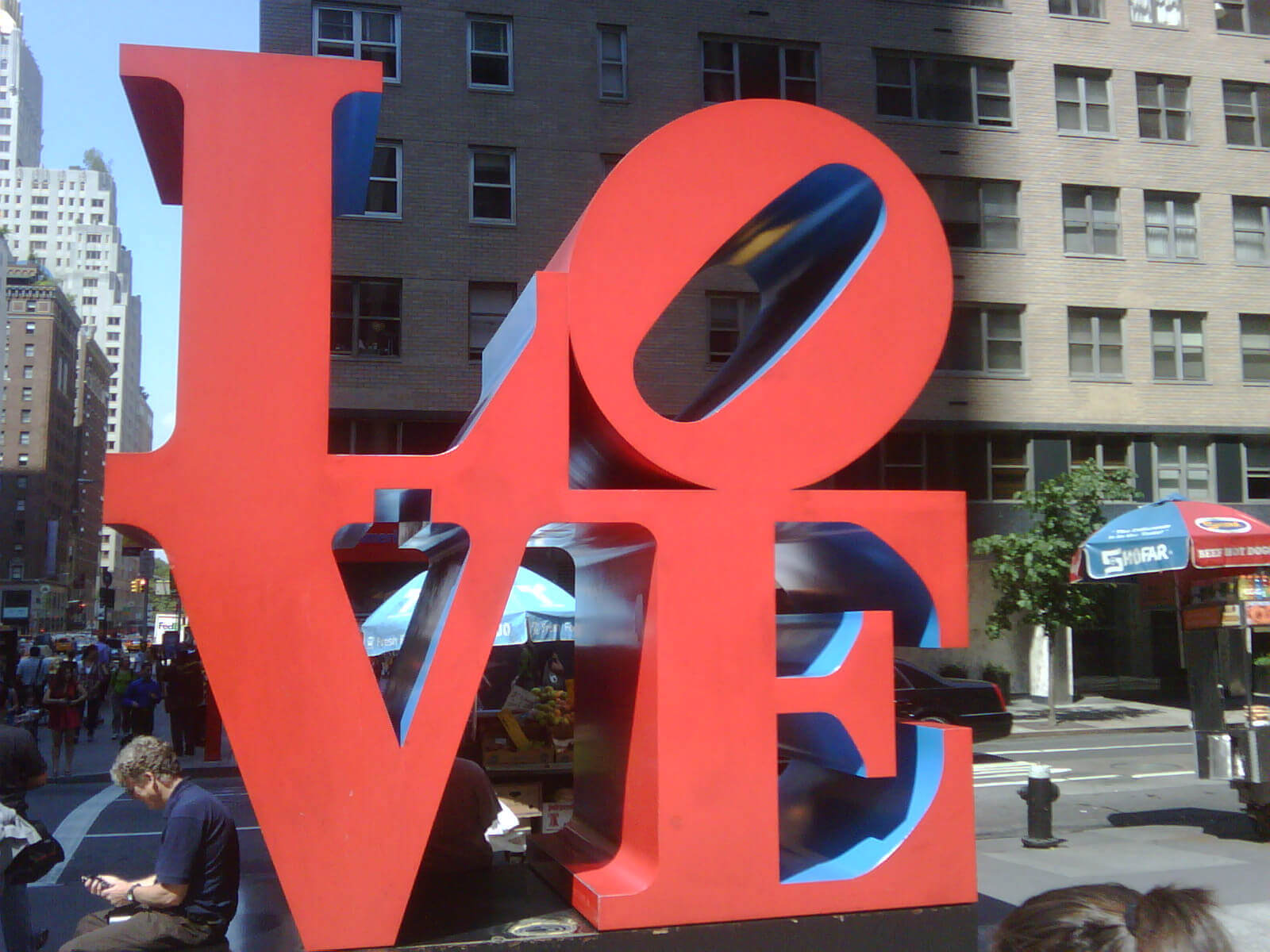 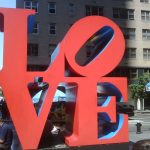 I have to say something. I have to put it here, in writing, in public, for all of you to see and read, and yet there is that fear of “naming names” and putting myself into the fray.

There is a very real and dangerous and pervasive (and largely still-untold) story of deception and ego and, for lack of a more proper term, bullshit, going on right now in the world of the Internet.

So I will try to give the story and keep it to a story about me. Even though it is so not about me.  I will try to make this, as my bff Elizabeth has advised me when it comes to the intersection of speaking your truth and being useful, “it’s about making it a constructive rant.”

I could name names. I have seen and read and heard A LOT. Way more than I ever let on, except to my very tiny Inner Circle.  I could give you links to websites, at least one of which you probably already know and maybe even check regularly, of people who do this more boldly and publicly and regularly than I do. I could tell you stories of deception, collusion and a system set up to guarantee that its “shareholders” fail – yes fail.

Yes, I have “dirt” that would probably make your head spin.

But, at the end of the day, all of that would have me come off in some sort of sour grapes, angry fringe kind of way. And not only would that be an inaccurate representation of who I am, but it would likely cause you to discount what I have to say (as you likely already do those “kooks” out there whose blogs, tweets and every waking second are dedicated to telling these stories).

So…in the interest of keeping to my constructive rant advice, I will try to take the high road and stay on point:

There are lots of people “out there” who are followed like gods. They are “liked” on Facebook and retweeted endlessly on twitter. Even the most seemingly obvious or innocuous things they say are elevated to Mt. Sinai status. Their emails go out to thousands. People are waiting with bated breath for what they will say next.

You get the picture. Starting to think of some people you know (or know of) who match this description?

Frankly, all of that is fine. I never got what it was about what most of these folks were saying (or doing or thinking) that was so profound, but live and let live. If you like it and it works for you, that’s all that matters.

Except that…. well, I don’t think it works for you. I believe that about 90% of these people and their systems and quotes and services and ideas are regurgitated, tired, sorry, useless and/or your basic smoke and mirrors. I also hear, time and again, about so many of them who “secretly” aren’t making the money they say they are, whose personal lives are disasters, who haven’t paid their affiliates or employees, who have to issue refund after refund on crappy products…and so on and so on.

Most of the people making these promises are tied to what I believe is an even bigger and more insidious picture. This picture is all about the hints and promises of riches, freedom, endless travel, more time with kids/spouse/friends, passive income (as in making money while you sleep) and a cubicle-free lifestyle that can be whatever you want it to be: “Follow me, quote me, sign up from my email, believe in me, come to my event and poof!  you will be like me – rich, happy, glowing, always-positive and successful.”

These wonderful promises are also often tied to pictures of palm trees and pools and hot chicks and cool cars and dollar signs. Some even use hypnotic language to seemingly gently but very effectively reel people in to the dream, to the “If I Buy This, Then I Will Have This” way of thinking. (I have experienced this “Verbal Brainwashing” first-hand. No one is immune.)

Folks, that is some dangerous shit.

There are lots of desperate people out there. And lots of not-desperate-but-just-regular people out there, too. People who want a change. Who want out of their 9-to-5. Who want more time with their kids. Who want to find love. Who crave a real vacation. Or nice dinners out. Or the red car of their dreams. Heck, what about the people who want their freakin website or blog to make money already?!

The One who has all the answers.

The One who knows how to use that fancy talk stuff and will teach you, too!

The One who was once as down as you are but now knows the secret to the way up!

The One who “comes out” against all of the other Ones to tell you how not like them he/she is.

Yes, The One who will make all of your dreams come true.

(This would likely be another part where, if I were so inclined, I would cite specific examples. But I can’t. For one, this is not my battle, thank goodness, as I have taken myself out of contact or connection with anyone who in any way represents this way of doing “business.” For two, I’m not up for any kind of legal issues, thank you very little. I mean, I got divorced without a freakin lawyer for heaven’s sake. And for thirds, been there, done that. I had my own thankfully-brief foray into the bowels of IM where was I duped and over-promised in what I have to admit was a unique way.)

What really matters is that I made it through and have learned from my mistakes. My reason for writing this is not to “out” anyone or point fingers. It’s actually bigger and better than any of that crap.

So, Allison, why are you writing this at all? Why now, today?

A couple of reasons. For one, I read something this morning on one of “those blogs” that just infuriated me. Even those few who seem like “the good guys” turn out to be part of the problem. Hard to know anymore who is truthful and who is for real. People want to believe that “this one” is different/better. There are lots of regular people who want desperately to believe that the answer is “out there” or that the right coach/guru/system is just waiting for them.

They sign up, pay, wait, hope, expect…and more often than not are disappointed.

I also want to remind you. To remind you that “There but for the grace of God go I.” In other words, YOU could be the duped one. Whether emotionally duped, duped of your time, duped of your money, even your reputation. Duped. Fooled. Tricked. Lied to. You. Yes, you.

Sometimes it starts small, you find some big dude (or gal)’s stuff. You think they are cool. They are so smart! And the pictures of their kid/girlfriend/Caribbean vacation/camping trip/exercise sessions are so funny/cute/cool! And they care about us because they share their private pictures with us and tell us about their private lives and let us in on their cool offers before the rest of the world knows, oh, well, duh, we are Facebook friends with them after all—it doesn’t get more special than that!

It isn’t hard to believe them. To believe in them. Because we want to. And we so want what they say they have and what they say we can have…with their help.

No matter how or where it starts, it does so easily and so so often. Sometimes you just need to be reminded. Reminded that you are the one who has all the answers already.

But (and you knew there was a but….) the “secret ingredient” is not in a box or a pdf download. It takes work. And patience. And trust…in yourself. You will make mistakes. Some private, others public. Oh, and you may not make millions.

I’d be leaving something out if I didn’t tell you my most personal reason for writing this: I need to remind myself. I am currently moving into some new areas of doing business and serving (or trying to) people. I am working on creating quality writing programs that I believe can be life-changing.

It is hard, on many levels, to promote your own products and services. It is easy to fall into the hype and promise trap. Sure, I could write some pretty compelling stuff to get people to do lots of things that would likely line my pockets. Isn’t that what everyone else is either doing or trying to do?! But, alas, I really, really enjoy things like looking at myself straight in the mirror in the morning and sleeping soundly at night, so I opt for the more honorable – and often harder – routes.

It takes work and discipline to avoid cookie-cutter “systems,” pages full of empty promises and other means of promotion that we have, sadly, become accustomed to. It isn’t always easy. It sounds far less sexy than what is being promised out there.

So what’s the big conclusion?

Just like those “gurus,” I don’t have your answers! I am not going to tell you to start researching and going to these “expose” blogs (though they can be amusing and, despite their tone, quite accurate) and frequenting these forums which, from what I have heard, are just one disaster after another.

The more you mire yourself down in that “information,” the less you will be doing your own work and getting what needs to be done done. The more you swim in that swamp, the more mucked-up you will get.

And nothing…nothing!…takes the place of action and clarity. Coupled with your intuition (you know, that voice in side that tells you when things or people are “icky” or awesome!?), those are actually the secret ingredients you need. And lucky for you, you already have them (free of charge, no less).

I’ve stopped searching for The Answer or The Person Who Has The Answer. I’ve started to trust myself. I hope the very same for you.

So here’s the thing: You are not alone. I know I am not the only one who feels this way. Don’t make this about outing or venting or stewing or hoping, hoping, hoping. Make it about what works and what you plan to do next: Right now, tomorrow, next week. Make it about believing in yourself and doing the work.

Don’t hide…let me know in the comments below what you think.