Baby Cried The Day The Circus Came To Town 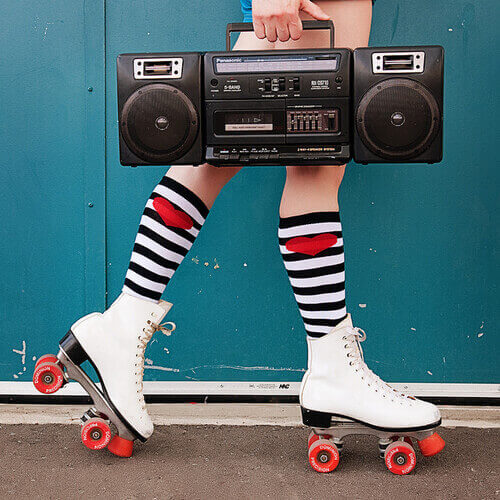 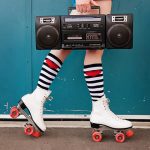 It was a big house; huge, actually, by most standards. The basement  — a cavernous space that would in later years become  a pimped-out party area with a massive-screen TV, bar area, dance floor, fireplace and tons of lounging areas and furniture – was still untouched and wide open.

And in the beginning, no one else came downstairs.

For the time being, I had an unused space all my own. The floor was a hard surface, almost exactly what you might find in an elementary school today. Neutral color, resistant to stains and nicks, impervious to feeling or life. Strong and solid, but neither pretty nor comforting. The walls were wood-paneled, light-colored and very late 70s. With no furniture, no windows and nothing down there, the space seemed, well, endless.

Didn’t matter, though, I wasn’t there to admire the surroundings or lounge around on a Sunday afternoon. I had other things on my mind.

I was a skater.

I came downstairs to skate.

Not ice skate or “inline skate” (Rollerblade). Nope, I was a rollerskater. Old-skool style.

I’d set up a little stand in the corner with my record player (it played only “45”s and this was before my collection became full with Top 40 hits from the likes of Prince, The Human League and the J. Geils Band). I had but one 45 record. Just one. And somehow, it was Melissa Manchester’s song “Don’t Cry Out Loud.”

I’d go downstairs after school and on weekends. I had lots of free time and don’t remember having any homework. No cell phone, Wii, YouTube or Facebook either, for that matter. I had the outdoors for dodgeball and kickball and I had my basement. Me, my skates, Melissa’s voice and my basement. I was never bored, and didn’t seem to want more. I don’t even remember wanting or asking for a second record, for one more song.

It was more than enough.

“Just keep it inside and learn to hide your feelings….”

I’d start the song on the tiny record player and just…go. I’d skate in wide circles around that basement. Around and around. But for me it was more than just skating. If I’d wanted to skate only, I could have gone outside on my driveway or in the street. (Kids did that back then. And we didn’t have helmets, knee pads, elbow pads or wrist pads, either.)

No, it wasn’t just skating.

I was someone else.

For the three to four minutes the song would play, I was outside of my body. I was somebody else. Somebody who soared through the air (I’d even lift one leg back out straight as I skated as I’d seen the graceful ice skaters do.). I’d sing, at the top of my lungs, along with Melissa and her bittersweet lyrics, never once caring about or thinking of my horrible singing voice or my complete lack of athletic ability.

“Fly high and proud. And if you should fall, remember you almost had it all…”

I didn’t analyze the lyrics, I just sang them. Well, belted them out is more like it. I stopped only to restart the record each time the song ended (I didn’t seem to miss any “repeat” kind of feature my ipod probably has…). I’d go around and around for hours on end.

Of course I went around and around for hours on end: I was a freakin’ skating star.

I never once wondered where my little sister was. Or if my dad was having a stressful or long day at work. Or if my Mom had already started her eventually-steep decline into the throes of depression. Or if my Bubby was on her way to come and pick me up.

“There was nothing left but sawdust and some glitter.”

I don’t remember any time since then when I have been so in the present moment. I don’t remember ever again being in a space that had me so full of beauty, grace and infinite hope. A place where whatever I wanted happened as easily as me walking down the stairs and flicking a switch. No barriers, no inner critic, no regrets about yesterday or stress about tomorrow.

I was a skater.

I came downstairs to skate.

I came downstairs to be free.

What about you? When was the last time you felt free enough to soar?