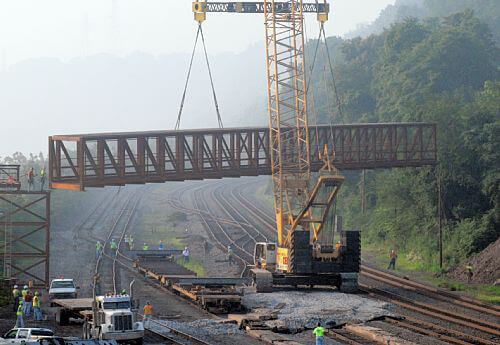 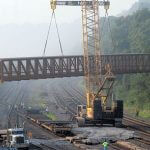 To varying extents, each of us in our own lives is lugging around dead weight.

By “dead weight,” I mean something that is heavy, something that takes up space, something that requires thought and effort and maintenance…yet offers no redeeming value, serves no one (least of all you) and is not in any way congruent with the person you are in this moment.

By “lugging around,” I mean that this weight is heavy, obtrusive, ever-present and often-unwieldy.

This dead weight can come in many forms and looks different from person to person. We carry it around for months, weeks, usually years because we feel we “have to” or “should” or because the weight “needs” us.

Sometimes, we carry that weight around forever. Could be in the form of a marriage that hasn’t worked since…who even remembers?! Or in the form of a friend who hasn’t been there for you or supported you since….well, did they ever?!? Or maybe that job that held promise for advancement and new skills back when you started but that was….a while ago and it’s clear nothing is going to change now. What about that person who chronically disrespects you in little, subtle ways but you let it slide time and again because he/she had a bad childhood or has a busy schedule?

Yes, sometimes we lug lots of different weights around for lots of time.

And sometimes, though this moving on is the very best thing for us and likely for both parties, it isn’t always neat and tidy and it doesn’t always leave the weight as a sweet memory of the past.

Sometimes it is nasty. Or hurtful. Or explosive.  Sometimes, there’s lots of last-ditch-effort “button-pushing” or taunting or threatening or, depending on the situation and the relationship(s) involved, any one of many negative and not-pretty options ranging from the minor to the major.

Sometimes, moving on can be ugly.

Sometimes, moving on can open all sorts of cans of worms that were previously shut and, at least in our heads, contained.

Sometimes moving on can make a big mess. And avoiding this mess is precisely the reason so many people choose instead to lug around the dead weight. Of course, lugging around dead weight is its own mess, but a different mess and one many would choose over the alternative.

While moving on is a key to growth and progress for each of us, it isn’t always as easy as the gurus and experts who know all would have you think.

Sometimes you have to say it not-nicely (and even if you don’t have to, it can come out that way). It doesn’t always play out smooth and pretty and smiley.  It is hard. It feels weird and often makes us question our own selves.

And it can suck.

Telling someone “I don’t want to be your friend anymore” or “Have a nice life” or “I want a divorce” or “I quit” or even “This isn’t working for me” isn’t easy. You may feel relief after or feel the weight has been lifted, but it still isn’t easy.

And when it comes to, I don’t know, let’s say…ME…well, I pretty much suck at the whole Moving On Thing. Because my awareness of what needs to be moved on from is way advanced from my ability to perform the actual moving on activities.

More times than not I say or do them in a way that doesn’t exactly leave people smiling at me. Sometimes I email it. Or text it. And I say it in a way that in the moment may make it easier to do but over the long run leaves a negative energy that still requires lugging. I say or do it in a way that ensures that person or situation won’t be around in my life again. But not always in the most positive of ways.

So while I am technically moving on from the person or situation, I am now lugging around a different (not necessarily heavier) kind of weight. The weight of negative energy.

Ug: In effort to move on in the name of positive energy, I am actually burning bridges and creating some different kind of negative stuff.

And I hate negative stuff.

Negative stuff makes me question myself, my motives, could I have done something differently, why does “this” happen to me…and so on….

Sure, I’d like everything to end neatly and everyone to move on happily and looking forward, not backwards or behind. But the truth is that that is just not always doable or possible. Moving forward can be tough and rocky and mostly-unknown.

At some point, I need to turn the “negative stuff” in to “Stuff I Have Let Go.”

I’m afraid that the not-always clear line between moving on and burning bridges may lend itself to more questions than answers.

Ultimately, letting go is the only thing that leaves all of it in the past.

Letting go frees you from the past – even and especially from all of the mistakes, fuck-ups and wrongs you – YES YOU! – did in the past.

Ultimately, letting go is the one and only way to move on. It is the only way to free yourself of the agony and guilt and doubt of the “What could I have done differently?” or “How could I have changed this?” questions.

Ultimately, the only way you will ever relieve yourself of the lugging duties that no one ever actually assigned to you is to LET GO.

That means you let go of the thing, of the person, of the emotions and feelings around the thing or the person.

It means when someone questions why you did it or asks how it went down, you tell them you have moved on and would prefer not to re-hash that old news.

It means when the person or situation pops back up again — which is always likely — you resist falling into old habits, old patterns, ways of communicating and being that didn’t serve you then and certainly don’t serve you now.

Letting go means knowing you will be tested and knowing equally well that you will “pass” all tests because you are looking forward and not behind.

Letting go is about choosing who you are and who you will become, all the while knowing who you were cannot ever be changed.

Letting go is about saying “no” to whatever doesn’t help or support or love you.

Letting go is about finding your way across the bridge no matter how badly it has been burned or damaged.

And, finally, letting go is about knowing you will find your way across that bridge no matter what.